Not Your Father’s FEC

The term FEC (Family Entertainment Center) is somewhat unknown to those outside of the entertainment real estate industry. Within the industry, it is an enduring category that has evolved a great deal since its initial days as a birthday party mainstay of the suburbs.

While many of the core components of the FEC category remain stable, a new generation of the concept captures the growing experience-seeking consumer base, and caters to adult customers as well as children and families.

While many of the core components of the FEC category remain stable, a new generation of the concept captures the growing experience-seeking consumer base, and caters to adult customers as well as children and families.

Originally conceived as a local, more affordable alternative to the destination-based large theme park, FECs have evolved over the last four decades to answer the entertainment needs of various demographics, developing exciting new business models in the process, and stretching the bounds of the FEC term to its limits.

Today’s FECs include everything from upscale bowling and bocce eateries to retro-themed gathering spots designed to appeal to socially-motivated millennials. The category is broad enough to include industry forerunner Chuck E. Cheese to today’s FEC pillars like Dave & Buster’s, Pinstripes, or one-of-a-kind golf entertainment complex Topgolf. 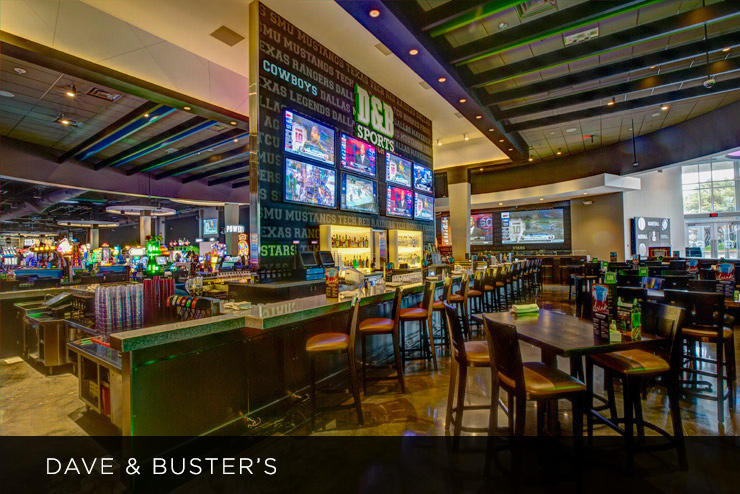 After its two founders noticed customers alternating between their casual dining restaurant and their family fun establishment, FEC forerunner Dave & Buster's combined the two under one roof, significantly contributing to a business model that continues to work today. 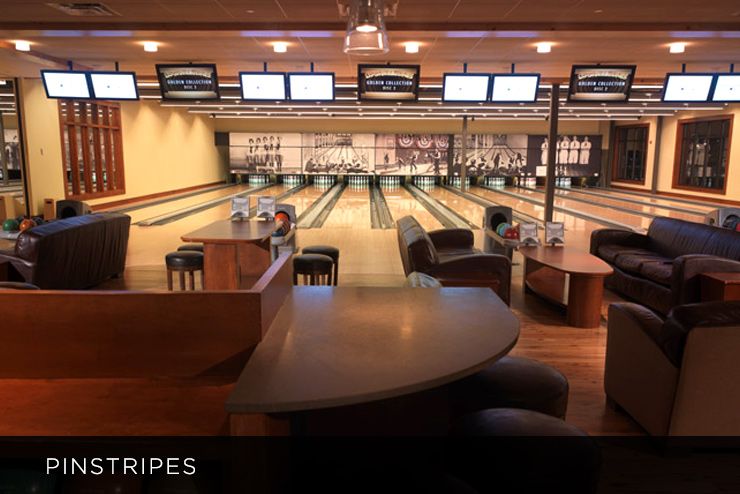 An estimated 70 million Americans bowl at least once a year. Pinstripes enhances the bowling experience with a made-from-scratch chef's menu featuring Italian-American cuisine, inspired drinks, bocce ball, and live blues and jazz music on the weekends. Their distinctive outdoor space features an outside bar, patio, and fire pits. 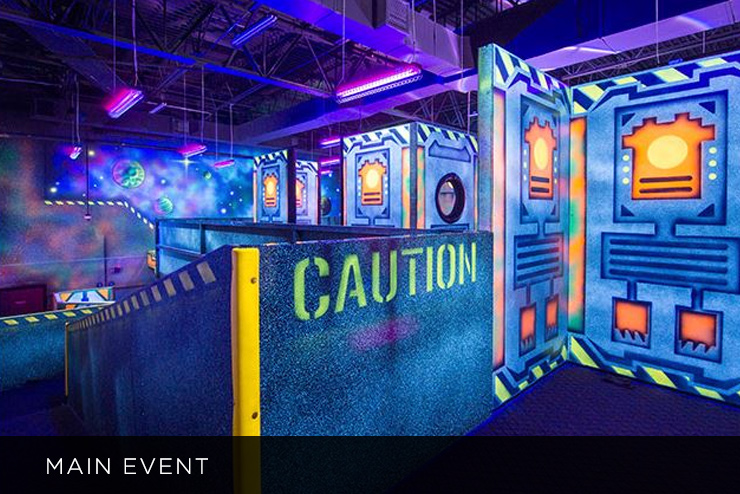 An "eatertainment" destination with a full-service casual dining and bar, Main Event Entertainment centers range in size from 48,000-75,000 square feet--plenty of room for everything from a multi-level laser tag arena (pictured) to mini golf, bocce ball and a games gallery featuring more than 100 interactive and video games. 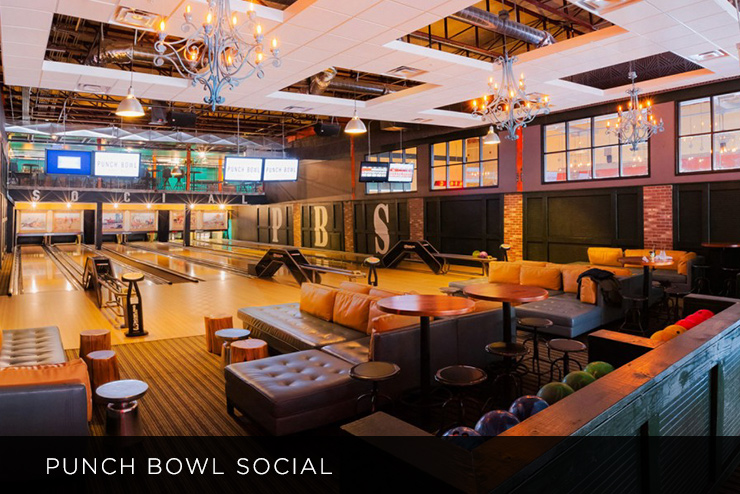 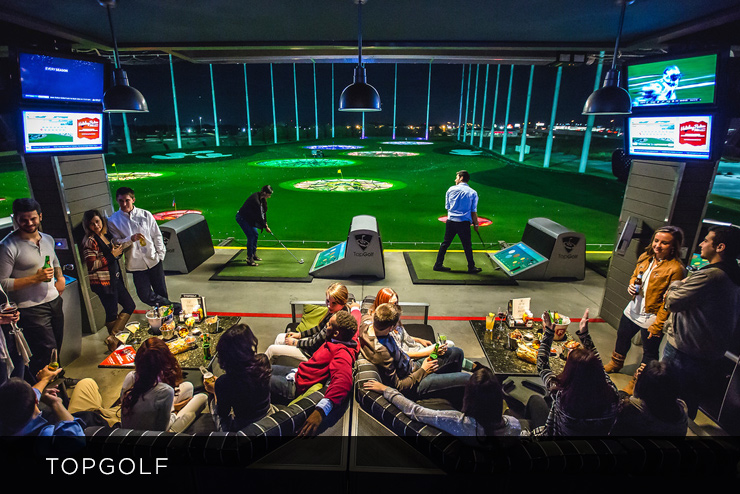 Golf entertainment complex Topgolf is regularly credited with breathing new life into the golf game by creating an interactive, one-of-a-kind experience that appeals to all generations and skill levels, 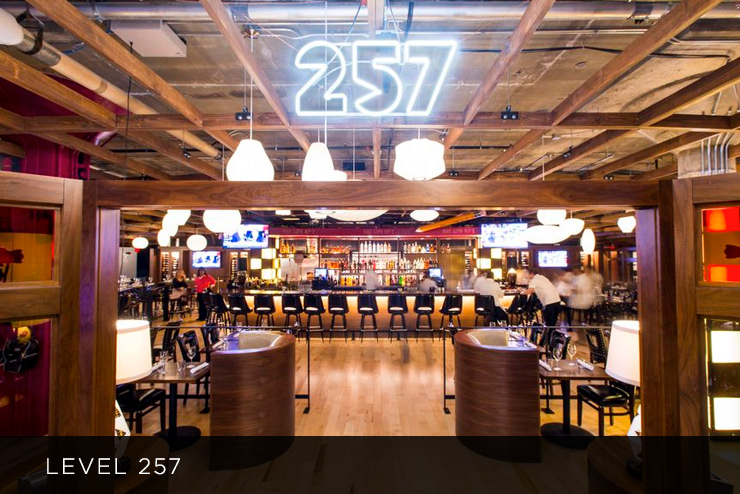 Research has established that experiential-based consumer spending is on the rise, in large part due to millennials social-minded spending choices and love of all things interactive. In addition to being consumer trendsetters for the broader culture, millennials spend more time with their parents as peers than past generations, thereby influencing baby boomer consumer spending as well.

In the child-centric early days of FECs, food and beverage were mostly afterthoughts to the revenue-generating gameplay. Today, consumers regard dining out as an opportunity to indulge the senses and make social memories.

Punch Bowl Social, named a “Break Out Brand” of 2015 by Nation’s Restaurant News, is a prime example of the important place of dining within the FEC industry. Founder of the PBS concept Robert Thompson states that the company has cast its demographic net wide by placing the dining component front and center.

Pinstripes, along with other new iterations of the FEC model, features a wine cellar and craft beer and cocktail menu, ensuring the family fun concept translates to date night too.  The Pac-Man-themed Level 257 calls its fine dining the “epicenter” of its venue, with a house sommelier and a sushi chef on staff.

The FEC industry has always been focused on accessibility for the consumer–multiple entertainment options under one roof, casual dining choices, and close-to-home locations have been core elements of the concept’s success.

Beginning in the 1970s as mainly suburban destinations, the new wave of adult-oriented FECs are also located in or near urban areas rather than just residential locations, or straddle the suburbs and the big city.

According to research by White Hutchinson Leisure & Learning Group, who report extensively on the FEC industry, these recent iterations of the family entertainment center come with proven benefits, as adult-orientated centers “operate longer hours, attract more group business, and achieve much higher per capita expenditures, greater sales per square foot and higher EBITDAs.”

Some of the more adult-centric FECs also offer family-oriented entertainment options during the daytime hours and in the early evenings as secondary markets, making the category flexible enough to include multiple demographics within a single business day.

As established FEC models adapt in real time to keep pace with their customer base, new concepts draw new audiences entirely, broadening the category’s reach and answering the needs of a growing experience economy.